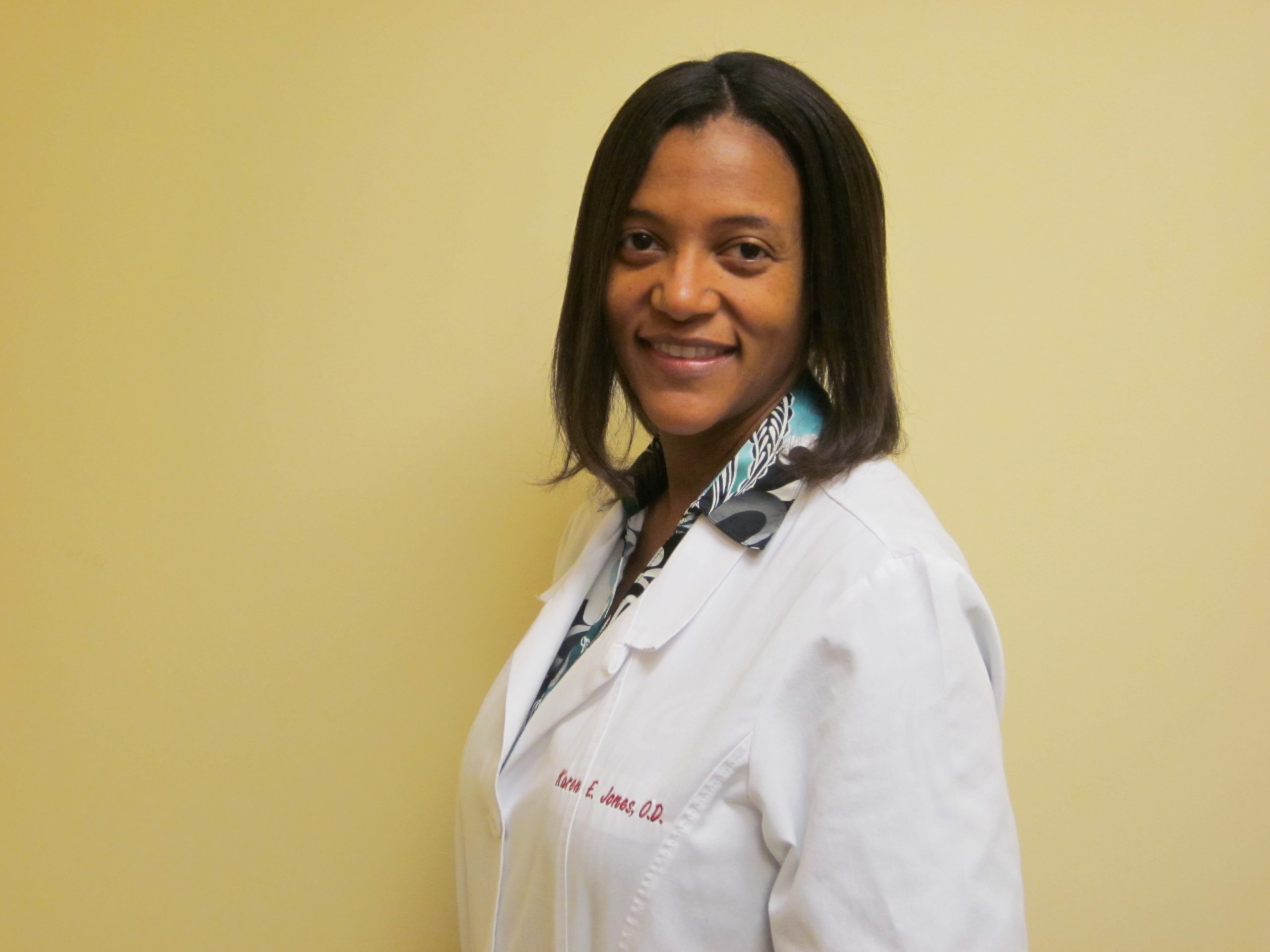 Dr. Jones was born in Jackson, Mississippi, but spent most of her formative years in Pittsburgh, Pennsylvania. In 1989, she graduated from Carnegie Mellon University with a bachelor’s degree in Electrical Engineering. After graduation, she took a job with IBM in Research Triangle Park, NC. After working at IBM four years, she realized that a career in engineering would not satisfy her completely. She longed for a career that involved face-to-face problem solving and life-long relationships with people.

After talking with her optometrist during her own annual eye health and vision exam, she made the decision to pursue a career in optometry. With her goal in mind, she continued to work full time at IBM while taking optometry pre-requisite classes at night for three years. In the summer of 1996, she moved to Philadelphia, PA and became a full-time student at the Pennsylvania College of Optometry (PCO.)

Dr. Jones received her Doctor of Optometry degree in May 2000 from Pennsylvania College of Optometry (PCO). The following year, Dr. Jones completed a residency in Cornea and Specialty Contact Lenses at the college. During that time, she worked with patients at PCO’s clinic (The Eye Institute) and TLC Laser Eye Centers in Philadelphia, PA and Mt. Laurel, NJ. This experience allowed her to gain additional expertise in the areas of anterior segment eye disease, co-management of laser refractive surgery and specialty contact lenses.

In addition, Dr. Jones works as a part-time clinical instructor for the Master of Science in Clinical Optometry program at Pennsylvania College of Optometry. In this role, Dr. Jones has worked with eye care practitioners from countries in Europe and Southeast Asia helping them master the clinical skills associated with examining the health of the eye.

Font Resize
Contrast
Accessibility by WAH
Call Us Text Us